Performance Benchmark of Methods for Enumerating a NSArray Pt.1

A few days ago, a colleague of ours had to compare the objects in an NSArray with each other in order to find two specific matching elements. When he asked us how to achieve this in a more efficient manner I started thinking.

The first thing that comes to mind is Fast Enumeration of course. The name implies that it is the fastest method. But if your comparison is somewhat expensive, you don’t want to simply use two nested Fast Enumeration Loops because you would compare each pair of elements twice. Therefore, you have to find a way to start the enumeration in the inner loop from the current element of the outer loop. A graphical illustration of the comparisons would yield a triangle.

When I started playing around with different methods to achieve this task, I figured that I might as well test the performance of various types of enumerations. Because unless you test it, assumptions about the performance may as well be educated guesses.

Most of the techniques can be used for enumerating other collections as well, however performance results may vary drastically. 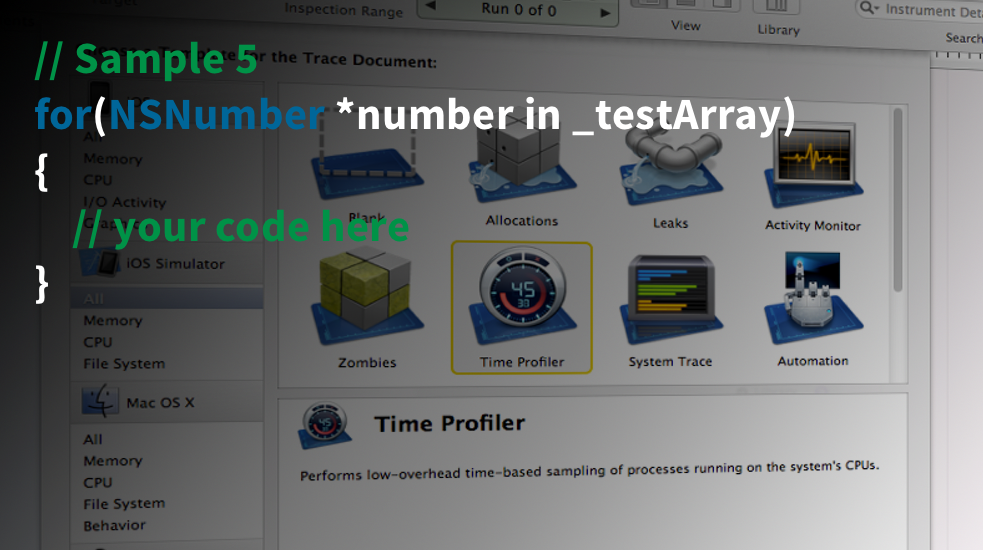 In this part, I started with one of the most common collection tasks: enumerating through an NSArray.

For completeness and because it is needed later I’ve also evaluated backward enumeration for every method.

The naive approach is similar to what you would do to enumerate a c-array. It uses a simple for-loop, but instead of using pointer arithmetic to access the single elements, you have to use NSArray’s method objectAtIndex:. The Code is pretty straight foreward:

NSEnumerator implements only the latter and will return nil if there is no next object. Different collections provide different enumerators. For example, a NSDictionary has methods for both an object-enumerator and a key enumerator, whereas NSArray offers the methods objectEnumerator and reverseObjectEnumerator to obtain an NSEnumerator for forward an backward enumeration.

In Objective-C 2.0, a convenient way for enumerating collections was introduced: the FastEnumeration protocol. Aside from more concise and readable code, it is claimed to be much faster and, in fact, Apple encourages you to use FastEnumeration over the other methods.

FastEnumeration does not directly provide a way to enumerate your array backwards, however it will take an NSEnumerator Object that you provide, so you can provide an reverseObjectEnumerator like this:

With the release of GCD on the iPhone with iOS 4.0, Apple added yet another way to enumerate collections: blocks. You pass a block with 3 parameters - the current object, the index of the current object and a stop flag - to the collection. It will then automatically invoke the aforementioned block for every object within the collection, passing it as the first object into the block.

Since Fast Enumeration imposes the restriction that the collection may not be mutated during enumeration anyway, you can even execute these blocks concurrently!

Utilizing multicore processors for potentially costly enumerations is really just as easy as passing NSEnumerationConcurrent as option to the call:

Benchmark results were gathered by running the samples on an iPad 2 with an array containing 1.000.000 NSNumber Objects (numbers from 0 to 999.999). Total time is the time needed to iterate over the whole array. Time per element is the total time divided by the total number of objects in the array. The factor is relative to Fast Enumeration.

Also, the more general Methods have been measured with an extra testcase where 20 random elements are excluded from the enumeration: –>

The following image shows an overview of my profiling session in instruments. The timeline shows each one of the samples executed after each other. The profiler results show in which function the program spends the most time during execution, so in essence, this shows a ranking of the methods. Sample 4, which is NSEnumerator with reverse Order took the most time, whereas Sample 5 - the Fast Enumeration - was the fastest one. 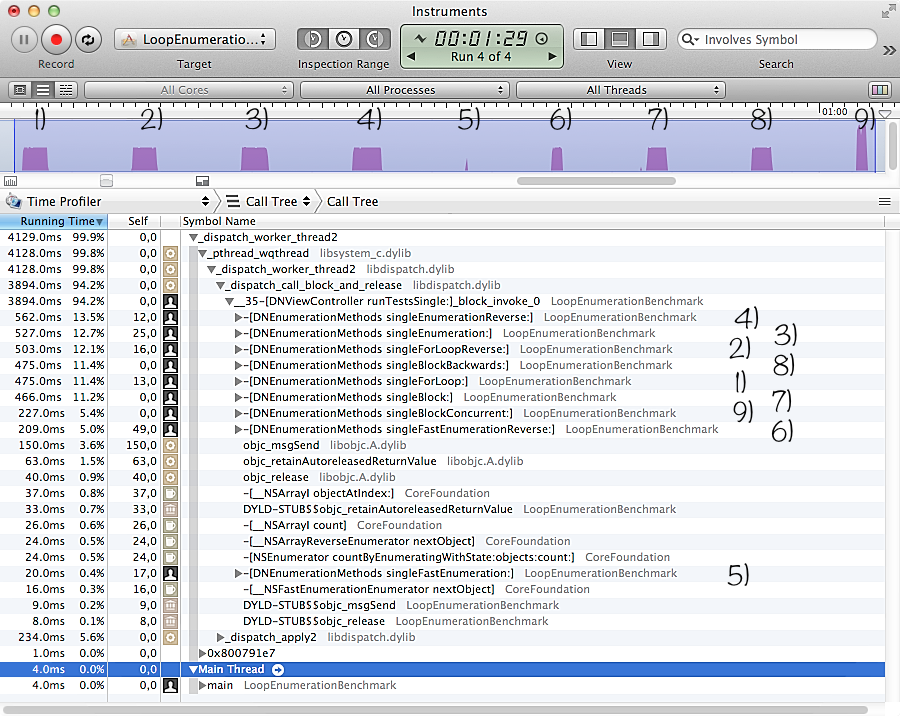 Digging deeper into the stack traces allows for a more thorough understanding:

Fast Enumeration is fast, being more than 10 times faster than every other method. Keep in mind that these numbers come from iterating a fairly large array and once you do work in each iteration, the time of the iteration method itself becomes less significant, but there is no reason why you would use NSEnumerator or a for-loop when you need to enumerate the whole array.

Although reverse enumeration seems to be slower in all methods, keep in mind that these numbers are just pure enumeration. If you have to iterate over your array in reverse order, take a closer look at the work being done in each iteration. If it is significantly more than enumeration itself, the hassle of changing your algorithm to forward enumeration because of the faster enumeration is likely not worth it.

I’ve created a small Sample-Project containing all presented methods (including the methods for the upcoming parts).

You can get it here: https://github.com/iv-mexx/enumerationbenchmark

I’ve already posted the next part about partial enumeration, you can find it here. 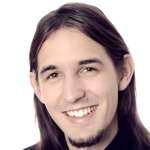